The clocks are set

On the night of March 26 to 27, 2022, it was that time again: the clocks were changed from winter to summer time. This also needed to be done in the German Watch Museum in Glashütte, even though not all of the over 500 clocks on display are in operation. Small watches, that is pocket and wrist watches, but also marine chronometers, were not set. Large clocks however, especially pendulum and wall clocks, which also have a longer running time than mechanical small clocks, are wound up regularly and set when necessary. Currently, a total of 31 watches were each put forward one hour.

The change from winter to summer time is quite uncomplicated, as the hands are moved in the direction of movement of the clockwork. In the opposite direction, thus when changing from summer to winter time, problems could arise with some clocks. Therefore, these clocks in particular are stopped for an hour and then restarted.

However, none of this applies to two large clocks in the watch museum. Herrmann Goertz’s astronomical art clock which is still in revision is not switched to summer time, as the numerous astronomical displays are based on standard time (= winter time). The turret clock on the museum building does not have to be set either. This has been radio-controlled since 2008. The historic turret clock is also back in operation and can be viewed in the museum’s foyer. 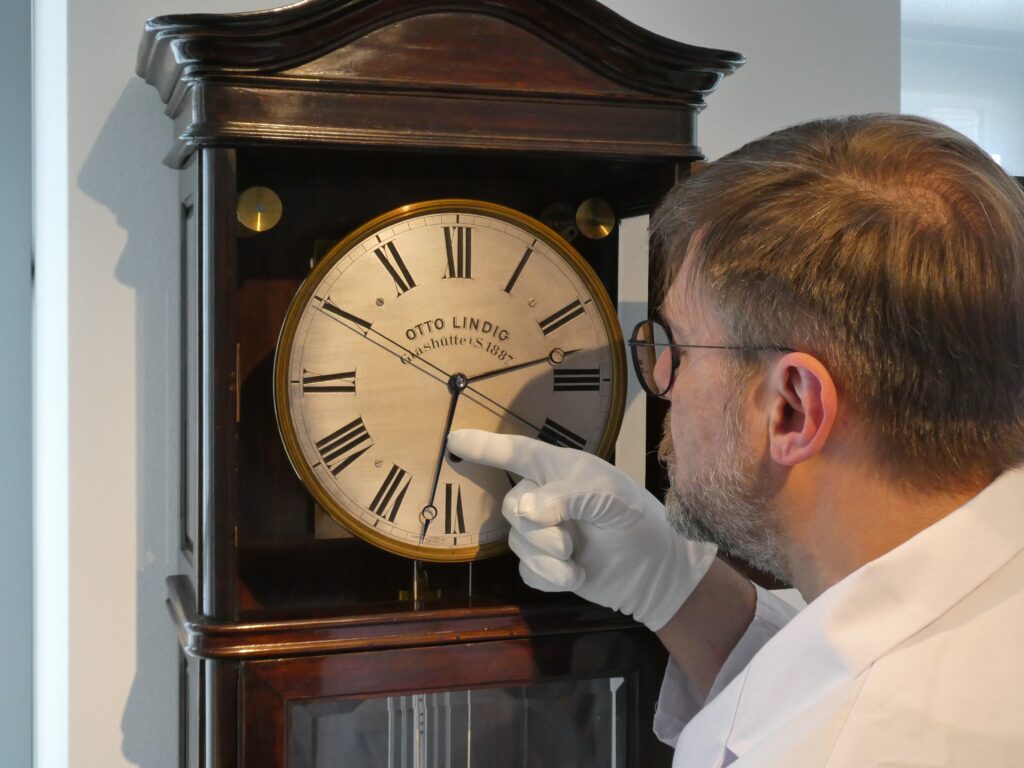